You can ask AI, what is the output of the following code snippet ...

As a programmer, you may have come across a situation where you’re not sure what the output of a certain code snippet will be.

Go to ChatGPT3 site and ask it something about your code! you’ll be suprised how detail the explanation is.

Or you may try Github Copilot to get an AI suggestion on your text editor while you code.

Why do you need it ?

For me, I sometimes found a snippet of code but the project didn’t have a proper documentation for it.

Now you can ask AI about that code snippet

That’s right, with the advancements in natural language processing and machine learning, AI can now understand and analyze code snippets and predict their output. This can be a valuable tool for developers, as it can save them a lot of time and effort trying to understand and debug code.

Benefit of asking AI about your code

One of the key benefits of using AI to predict the output of code snippets is that it can save developers a lot of time. Rather than manually going through the code and trying to figure out what it does, developers can simply input the code snippet into the AI-powered tool and get an immediate prediction of the output. This can be especially helpful when working with large and complex code bases.

Another benefit of using AI to predict code outputs is that it can help to identify and fix errors in the code more quickly. The AI-powered tools can analyze the code for errors and suggest improvements, which can save developers a lot of time and effort in the long run.

Warning when asking an AI of a code

However, it’s important to note that AI-powered code analysis tools are not perfect and may not always give accurate predictions. Developers should still manually review the code and test it to ensure that it is working as intended.

It just happen to me the other day, where I ask a code of a certain script, it gave me very “good-looking” code. But when I checked at source code and documentation, it’s not there! 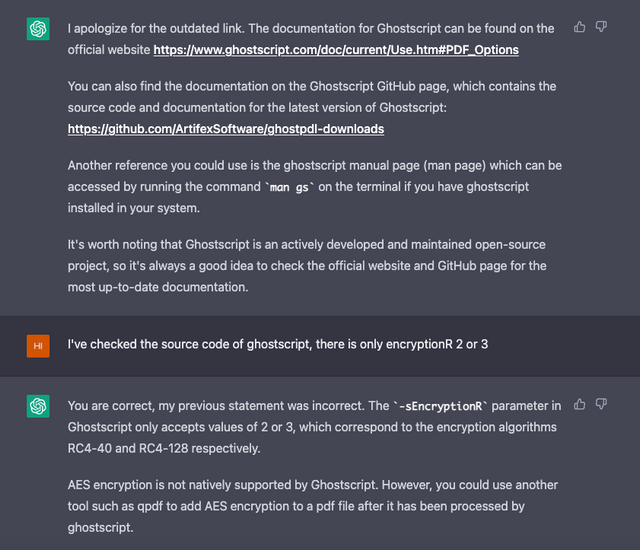 AI-powered tools can now predict the output of code snippets, which can save developers a lot of time and effort. These tools can be especially helpful when working with large and complex code bases. However, it’s important to keep in mind that AI is not perfect, and developers should still manually review the code and test it to ensure that it is working as intended.